I’m working on closing up some loose ends, mostly edge case stuff. Like writing code to make sure the quest system doesn’t use something already in use. For example, if the quest system puts ghosts in the nearby ruins, it needs to make sure it doesn’t use the ruins for new quests until that one is cleared. Same thing goes for the sewers and other town or wilderness POI. Stuff like that. But the majority of the monster spawn and loot balance, resource balance, combat balance, and town building balance is in. I also added in some new monsters, including Orcs and Treants and fleshed out the alchemy ingredients for heal potions.

A couple of quick sneak peaks.

An Orc charges the player just as the player performs his smash attack: You’ll also notice I’ve been adding more stuff to the terrain, especially the rocks. 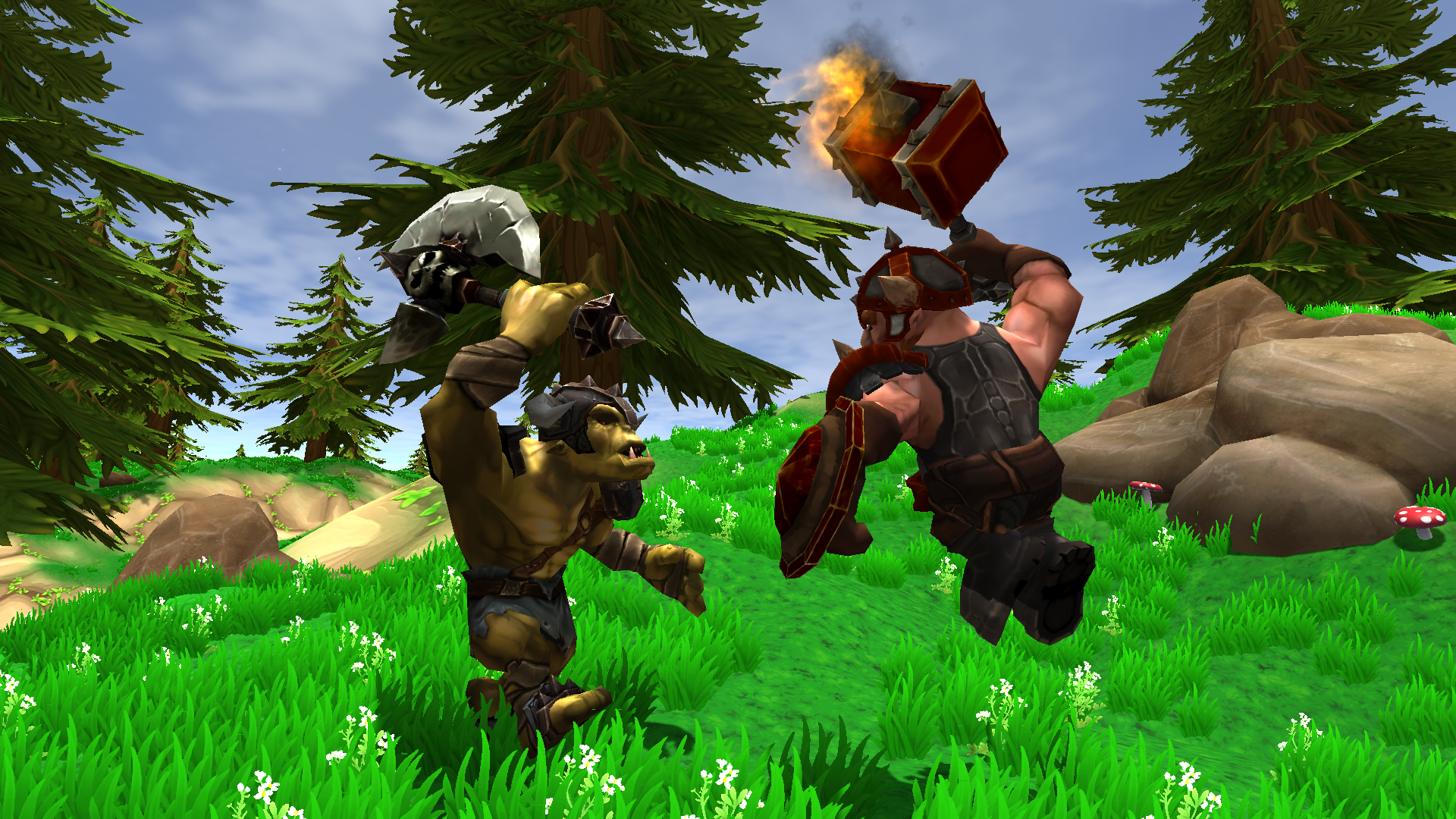